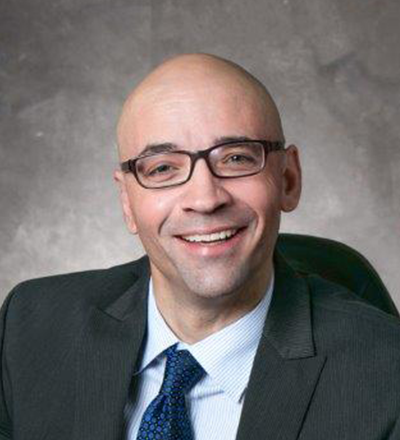 Duane J. Ruggier II, an equity member with the law firm of Pullin, Fowler & Flanagan PLLC, practices extensively in the areas of corporate defense, insurance defense, and defense of governmental entities.  Mr. Ruggier is a member of the West Virginia, American, and Kanawha County Bar Associations, and the Defense Trial Counsel.

Mr. Ruggier focuses his practice on the defense of governmental entities and corporations.  He is a recognized expert in the field of Governmental Defense and is a frequent lecturer on the topic.  He has represented numerous governmental entities and their employees throughout his years of practice and has taken many cases to successful jury verdicts in both State and Federal Court.  This representation has included the defense of hundreds of West Virginia Municipalities, Counties, and the State of West Virginia.

Mr. Ruggier thoroughly enjoys the practice of law and the competitive aspect of litigation.  He has maintained an extremely successful trial record and has had several significant appellate decisions including the Botkins v. City of St. Albans case, which is the preeminent excessive force decision in the State of West Virginia, and the Flowers v. Max Specialty decision, which upheld the application of the limited assault and battery coverage in an insurance policy, thereby saving his client almost $1,000,000.
Mr. Ruggier is a 1989 graduate of Hurricane High School where he played on the Basketball, Soccer, and Tennis teams.  He earned a B.A. Degree in Political Science from Marshall University in 1995 and was admitted into the Political Science Honor Society Pi Sigma Alpha while there.  He was also a recipient of the Frasure-Singleton Legislative Internship Award while at Marshall University.  Mr. Ruggier then continued his education at the West Virginia University College of Law where he obtained a Juris Doctor degree in 1998.  While attending the College of Law, Mr. Ruggier served on the Board of Governors of the Lugar Trial Association.  He became a law clerk at PF&F after his second year of law school.  During that summer, he was offered and accepted an associate position at the Firm.  Upon graduation from the WVU College of Law, Mr. Ruggier took and passed the bar exam on his first attempt and began his practice with PF&F.

Mr. Ruggier, who was diagnosed with multiple sclerosis in his first year of law school, is a strong advocate for maintaining an active and productive lifestyle despite one’s disability.  He is extensively involved in his children’s activities and also in his community of Hurricane, West Virginia.  He was appointed by Governor Manchin to and currently serves on the West Virginia State Rehabilitation Council.  Serving on the State Rehab Council allows Mr. Ruggier to participate in helping those with disabilities maintain employment and continue to pursue productive lifestyles.  In 2013, Mr. Ruggier was asked by Chief Justice Benjamin to serve on the West Virginia Access to Justice Committee.  Through his work on the committee, Mr. Ruggier was able to focus on and garner over $500,000 in ADA improvements to West Virginia courthouses.  These ADA courthouse improvements will make courthouses much more easily accessible to the disabled.  Mr. Ruggier also does an extensive amount of charity work on behalf of the West Virginia Multiple Sclerosis Society.  He currently serves on the Leadership Council of the West Virginia Multiple Sclerosis Society and is a frequent speaker and advocate regarding Multiple Sclerosis.  Mr. Ruggier, along with PFFB&P, has helped raise tens of thousands of dollars for the MS Society through his and the Firm’s involvement in the MS 150 Bike Race, Dinner of Champions, and the Women on the Move Luncheon.  In 2015, the annual Duane Ruggier MS Golf Tournament was held at the Berry Hills Golf Club in Charleston, WV with all the proceeds from the tournament going to benefit the MS Society.  In its six years of existence, the tournament has the enjoyed the participation of over 400 golfers and has raised in excess of $30,000 for the MS Society. Additionally, Mr. Ruggier was named as a 2007 Generation Next honoree by the State Journal as one of the 40 Best and Brightest Professionals under the age of 40 in West Virginia.  Subsequent to being named to the 2007 Generation Next 40 under 40 class, Mr. Ruggier was asked by the State Journal to be a Judge for the award and has served as a Judge for the 2008, 2009, 2010, 2011, and 2012 awards.

In 2021, Duane was recognized by the West Virginia State Bar’s “More than a Lawyer” campaign for the impact his life and career have made both within and outside the legal profession. The campaign was designed by the West Virginia State Bar to highlight those individual attorneys who have made a positive difference in their communities and profession.