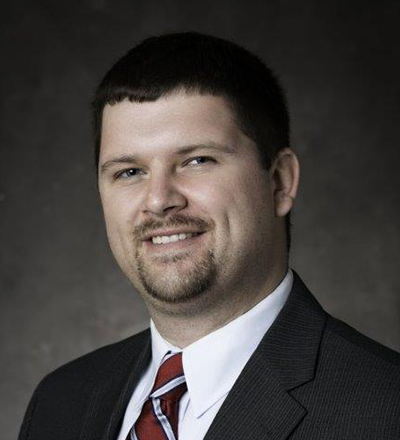 DRANNON L. ADKINS is a member in the Charleston office of Pullin, Fowler, Flanagan, Brown & Poe, PLLC. Mr. Adkins devotes his practice to the defense of state, county, and municipal governmental entities and their employees in tort and civil rights claims. Mr. Adkins maintains an active litigation practice in state and federal courts in West Virginia.

Following graduation, Mr. Adkins attended West Virginia University College of Law, where he received his Juris Doctorate in 2010. While a student at the College of Law, Drannon served as a Student Attorney in the Civil Law Clinic, from which he received another President’s Volunteer Service Award. He also was affiliated with the Public Interest Advocates and the American Constitutional Society.

Currently, Mr. Adkins is a member of the Defense Trial Counsel of West Virginia, and also serves on the West Virginia State Bar’s District 8 Grievance Committee.

Mr. Adkins lives in Poca, West Virginia, with his wife, Heather, and their children Adyson, Haidyn, and Knox. In his free time, Mr. Adkins enjoys spending time with his family and friends and cheering on his Alma Mater.